WTA tennis has been, for many years, dominated by a select few superstars. The likes of Serena Williams have become the go-to names when looking for women’s tennis stories. However, as the star begins to fade somewhat for Williams, others have stepped up to take the mantle of the best young tennis player on the WTA circuit. And while young names like Naomi Osaka and Coco Gauff have fans very excited, there is another interesting change: the return of Eastern European superstars to the WTA circuit.

Indeed, stars such as Simona Halep, Aryna Sabalenka, and Elina Svitolina sit within the Top 10 of the WTA Rankings at the time of writing. Other names include the likes of Iga Swiatek and Karoline Pliskova. However, one could argue that the massive uptake of tennis for Eastern European females might not have been as prevalent were it not for one superstar: Monica Seles.

Seles is a former No.1 ranked tennis star who won a whopping nine Grand Slam titles in a glittering career. Aside from tennis, she’s a well-respected author and public speaker. She has even taken part in various TV shows, such as Dancing with the Stars. Born in Novi Sad, then Yugoslavia, on the 3rd December 1973, Seles moved to the United States at the age of 13 to take her career further.

It was at this point that her growth began. This is the story of Monica Seles, a tennis legend you should know about.

The early life of Monica Seles

Seles started her life in Novi Sad, born to Hungarian parents. Her father, Karolj, spent his time with his daughter teaching her how to play tennis at the age of 5, using a local parking lot. Her brother, Zoltan, was the No. 1 rated junior tennis prospect in the country. Her aim was simple – beat Zoltan!

Though other family members felt that playing so much tennis was not productive to her future career prospects, her father seen a future professional in his daughter. She slowly but surely progressed in the Yugoslavian tennis game, but moved on to the USA to further her career. By the age of 13, though, she was rated as the No.1 junior tennis player worldwide. It was a heady rise for the youngster as she can began to really take control of her career.

Playing in the USA, she trained at the Nick Bollettieri Tennis Academy, eventually joining her family in Florida. Her first professional tournament came in 1988, when she was just 14 years of age. There, she impressed and turned professional the following year, joining the pro tour on a full-time basis. Her first career title arrived in 1989, when she beat Chris Evert in the Final to win a career-first title in Houston. She also reached the last four of the French Open in 1989, losing to Steffi Graf.

However, her first career season as a professional ended in spectacular fashion, with Seles ranked No. 6.

The rise of a star

However, the following season began with growing pains and Seles looked out of her depth. After some choice adjustments to her game, though, a 36-match win streak took place, with a six-tournament winning run beginning in Miami with the Lipton Player’s Championship. She won that, as well as events including the Eckert Open and Italian Open. She even won the Lufthansa Cup in Germany, a prestigious tournament that included beating Graf in the finals across straight sets.

Her first Grand Slam win was just around the corner, too. Seles took on the 1990 French Open in fine form, and dismissed her opponents all the way to the Final. There, she would face off against growing rival Graf, who was the No. 1 at the ime. Seles managted to save four set points in the first set, winnng 8-6, before going on to take her first Grand Slam Final in straight sets.

From January 1991 until February 1933, she became the de facto superstar of world tennis. In this time, she won 33 out of 34 tournaments that she entered – including a ludicrous six Grand Slam titles in this time. This included winning the Australian Open from 1991 until 1993, the French Open in 1992 and 1992, Wimbledon in 1992, and the US Open in 1992 and 1992. It was a tremendous rise to stardom – what could halt her incredible march?

At the height of her power, the 19-year-old was involved in an incident prior to the 1993 French Open. In a tournament held in Hamburg, she was stabbed from behind by a crazed fan. She had defeated Graf again in the Australian Open, meaning she had won against Graf in four Grand Slam finals. She won the Virginia Slims of Chicago, defeating Martina Navratilova in three sets. This, though, would be her final tournament win before heading to Hamburg.

There, she was accosted and attached by Gunter Parche, a crazed fan of Graf. He ran from the middle of the crowd during a break, and stapped Seles with a boning knife between the shoulder blades. Her injuries were relatively, luckily, minor; she healed within a few weeks. Still, it took Seles more than two  years to return to competitive action. German authorities reported that Parche attacked Seles so that Graf could return to the No. 1 spot again in the rankings.

Seles reiterated that she would never play in Germany again. Fighting through the mental challenge of what happened to her, Seles returned to the Tour in 1995 and she was reinstated as a joint No. 1, alongside Graff.

The return of a legend

In her first comeback tournament, Seles showed her incredible skill by beating Amanda Coetzer to win the Canadian Open. She also went to the US Open Final that year, losing to Graf in the Final itself. In 1996, she returned to Australia and promptly lifted her fourth Australian Open title, defeating Anke Huber in a pulsating Final. However, despite victory here, Seles slowly began to lose consistency in her game.

She reached the US Open Final again in 1996, losing once again to Graf. Her final Grand Slam appearance came in 1998, when she played despite the recent death of her father. Though she defeated Jana Novotna and Martina Hingis on the way to the Final, she lost to Sanchez Vicario.

She became a regular contender in the last four and eight of Grand Slam tournaments, and consistently stayed within the Top 10 of the WTA Rankings. She even helped the U.S. team win the Fed Cup in 1996, 1999, and 2000. However, Grand Slam success was a thing of the pat, and in 2003 she suffered a foot injury that seen her lose in the First Round of the 2003 French Open. This was to be her final official tour match.

Although talk of a return to the court continued for years, she only took part in exhibition matches before deciding to retire in full in 2008 from the professional game. In her career, she won 53 Singles titles and a whopping nine Grand Slam tournaments, making her one of the most prolific winners in the history of tennis.

After her return and subsequent retirement, Seles has spent her time as a tennis teacher, as well as speaking about the challenges she faced on her return from injury. Her 2009 book, Getting a Grip: On My Body, My Mind, My Self was a huge success, and encouraged her to write more. This included a popular series of books called The Academy; a fiction novel about a tennis boarding school.

Seles has also taken part in various activities on TV, such as the 2008 edition of Dancing with the Stars. Though she exited in the First Round of the tournament, it was her first time dancing in any serious capacity. In terms of her charities, she takes part in various charitable events involving animals. 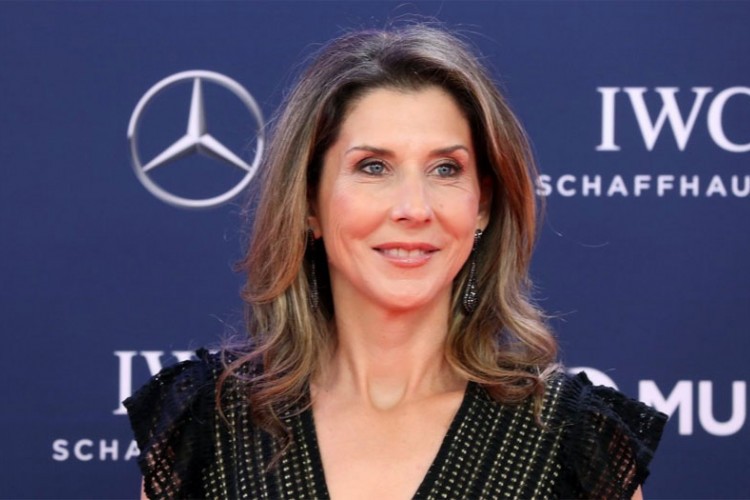 She also works alongside Shire Pharmaceuticals, a company that created an FDA-approved drug that can combat Binge Eating Disorder (BED), a problem that Seles has dealt with since she was a young child. Her raising of awareness and her promotion of the treatment has believed to have helped numerous youngsters combat their condition.

A wonderful competitor and an empathetic individual with an important voice on both tennis and health, Monica Seles has become one of the leading athletes of her generation. Through adversity, challenge, and even an attempt on her life, she managed to forge one of the most successful sports careers of any Yugoslav athlete. For that, she deserves the eternal respect of any tennis or sports fan.

We're not around right now. But you can send us an email and we'll get back to you, asap.